The Legacy of Frida --- Film Review by Natsuko NAKAMURA

The legacy of Frida Kahlo was uncovered 50 years after her death.
The Japanese photographer, Miyako ISHIUCHI captures the real life of Frida Kahlo as a woman.

This film depicts “the record” and “the memories” of the two women and how their lives have crossed. 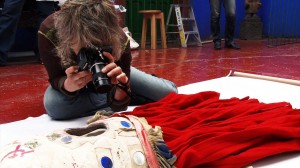 Frida Kahlo is one of the most famous female painters in Mexico. She was highly recognized as a surrealism artist in Europe as well.  She lived her life positively despite her physical disability and the turbulence of the modernization of Mexico.  Her way of life resonates with many people from all over the world.

In 2004, 50 years after her death, the legacy of Frida was uncovered.  In 2012, a project to take pictures of her belongings was launched by a Mexican curator, and Miyako Ishiuchi, a world-famous Japanese photographer, was chosen to take the photos. When Ishiuchi visited the Frida Kahlo Museum called "the Blue House" in Mexico City, she saw each of the enormous items arranged in front of her, such as Frida's Mexican traditional costumes and accessories in which her identity originated, and her medicines and corsets which evoked her ceaseless physical pain. They seemed not only to be the evidence that Frida lived with various kinds of "pain" as well as the joy and pride, but also to represent her memories. As a painter, Frida Kahlo depicted what life was all about through her life. How did Ishiuchi face the legacy of Frida and what did she capture in her photographs? 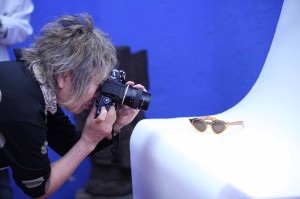 This film shows the whole process of Ishiuchi’s shooting for over three weeks. It describes, in a careful manner, how the photographer faced the legacy and discovered the real life of Frida with her photographs freeing her from her conventional image.

The film is directed by Daisuke Kotani, a Japanese director who are highly acclaimed both domestically and internationally with his documentary film, The Cat That Lived a Million Times. By filming Ishiuchi's shooting process, he also captured the Mexican culture, the tradition passed down from generations to generations, and women living in the present time. 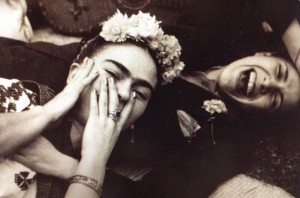 This is the documentary about “the record” and “the memories”. The tokens of Frida’s life and the photographs that captured them travel beyond space and time.

In this film, you can discover the new image of Frida Kahlo that no one has ever imagined.