Words to Say about "Women's Body"

In the anti-nuclear movement up to now, some women have stated their opinions from the viewpoint of a mother and others have criticized them, as pointed out by Ms. Ida and Ms. Furukubo. The conflict comes from the fact that women end up taking a role as caretakers while they are pinpointed into the stereotypical gender roles, and that “mother” exists at the point where these roles meet.

When the element of body is added to “mother,” the words of these statements intensify rapidly.

Since 3.11, various statements on exposure and childbearing have been made. They were so point-blank that I felt as if I was told that women live only to bear children.

I wonder since when the concept of eugenics has been so pervasive. I was so scared because I felt like my body was engulfed into the dark current of those words.

The scare is still stuck in me. It stings my feeling when women, their body, their exisistance are referred to only as “mother” (Ms. Ohashi also talks about this uncomfortable feelings concerning the way the word “mother” is used).

Ms. Yauchi mentioned Mitsu Tanaka in her article. Tanaka described the division of women between “mother” and “whore” using the phrase “the liberation from the toilet”. Woman lib movement rebelled against the norm imposed on women and mounted a campaign against the corruption of Eugenic Protection Act.

Of course, many women had thought, talked about, and been angry about women’s body before that. I wonder how much of this accumulation has ever been reflected in the words about 3.11 and childbearing. This evokes a different kind of anger inside of me. 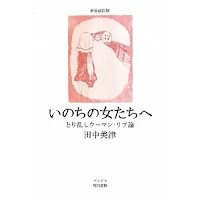 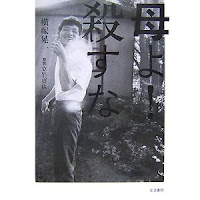 
I’d like to review some recent manga [comics] here. in these manga, I think women today talk about their body with the words developed by women of former generations. 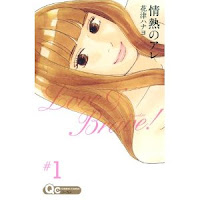 The heroine of this manga is a woman who is worried about the no-sex relationship with her live-in partner. As her desires conflict with his sexually conservative words and actions and with her own idea of sex being something shameful, their relationship has been awkward. One day she gets to help the job of her mother who sells sex toys, and while meeting many different people and keeping asking herself questions, starts to change her view on sex. Little by little she is getting back her own body which she used to feel as trash.

The way the matters concerning her own body harm her is truly heartrending. 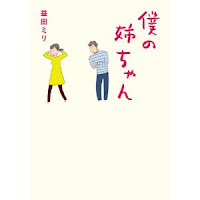 This manga describes everyday life of a sister and her younger borther. She keeps shattering her brother's fantsy about women with sharp, accurate words. The brother says to the sister, who has been looking at her nails just after she had them painted at a salon, “Men do not care women’s nails anyway.”  She replies, “You always get stiff shoulders and back pain after a nail salon, since you have to stay seated in a fixed position for such a long time. How could you do that for other than yourself?” She continues, “We grow up in an atmosphere that "being pretty" should be the top priority for a woman. But not every woman can work that out. And so I guess we all want to have something pretty that we can obtain easily.”

Yes. I want to wear pretty clothes and put on pretty things for myself. My body exists for the sake of myself, not for anybody else. 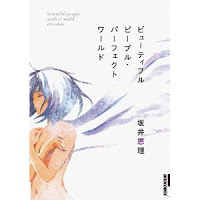 This manga is set in the near future, when having cosmetic surgery is common practice. Yamamoto, a junior high school student, is one of few “untouched” in such a world. She misrepresents her age and is working at a hostess club specialized in busu [dingos] because her family is poor. At the club, many employees who could not attract customers in normal clubs have had “reverse surgery” to become ugly to entertain geeks. Being a “real busu,” Yamamoto is very popular and earn a good income there. She actually has had surgery for elsewhere of her body though. She has taken a huge bank loan for the wings attached to her back.

Not being rich, she knows all too well that she could never be a winner in life even if she fixed her face a little bit. (Pursuing beauty costs a lot of money.) What she chose was the wings which were totally useless. That is the body she has acquired.


Mitsu Tanaka says she wants to stand tall without caring what people say about her, but that at the same time she wants to look as young as possible.*  She admits that this contradictory existence is her who "is here as a woman." Women are bothered by their own desires.Women try to be “pretty” and people assume they do so in order to get men’s attention. I feel I’m conneceted to that sort of woman’s body spoken here, but I felt there is nobody like ”the mother” spoken in the context of 3.11 and the exposure. The woman’s body isn’t a “machine to reproduce children”.