“To Make a Square Society Round through Triangle Rakugo, Part2,” a Rakugo (storytelling) Oral Presentation and Workshop was organized by NPO Participation Planet on February 27, 2014.


Senkin Tei Ataisenkin talked about the “gender equality” through fun and easy-to-understand form of storytelling known as Rakugo at Tsunagaretto NAGOYA, making this the second time that a Rakugo Oral Presentation and Workshop had been held.


Senkin Tei Ataisenkin was originally a staff of Saitama Tsurugashima City Office. During his tenure at the community center, he has organized courses and events dealing with the topic of natural environment, home education, stage entertainment, community welfare and development to education courses for the elderly and planning business projects. He is a unique oral performer, who says that having chosen separate surnames when he got married further enhanced his interest in gender equality.


On this day, with lively musical accompaniment flowing in the Rakugo Hall, Ataisenkin appeared in the lounge where the workshop participants waited. The topic at this time was “media literacy.” Through comical storytelling, he talked about how expressions and films exposed in media frequently imply ideas such as “men should be this way,” “women should act that way,” “men should be leaders,” and “it’s natural for women to be supportive.” He also pointed out how natural these nuances get imprinted in the viewers’ consciousness.


However, Senkin Tei Ataisenkin added that the media is describing “a man and a woman” in general and not “how a man or a woman should be” so it is import for us to empower ourselves with the ability to decipher the difference.


While laughing and being drawn into the story, the participants became aware that our lives are in fact controlled by silent compelling force. It is the aim of Senkin Tei Ataisenkin to emphasize the importance of knowing these facts as well as stressing the fact that a chance to participate in planning or participating equally in joint activities is the right for both man and woman.


During the workshop the participants got in pairs and talked about the daily problems they face, the pain they incur, how our society is neglecting gender equality, and how the situation can be improved.


In addition, Senkin Tei Ataisenkin renamed the hit song of the 1990s sang by Airi Hiramatsu titled, My Room, White Shirt and Me to Me, My Room and White Shirt and changed some of the wording to make it into a parody. He used his real name of Shinichi Sakamoto as the composer of the changed lyrics which are pointed out as follows.


1)   “I have a request, my last name will be same as yours” → “There’s an exception, I will not change my family name to yours”


After he had gotten the audience all excited, many participants with a big smile voiced out their wish to participate in more of these fun events.


Senkin Tei Ataisenkin says “This type of story is unnecessary to tell in a society where men and women have equal participation,” which made us feel anxious about the big problem the Japanese society of today is facing. 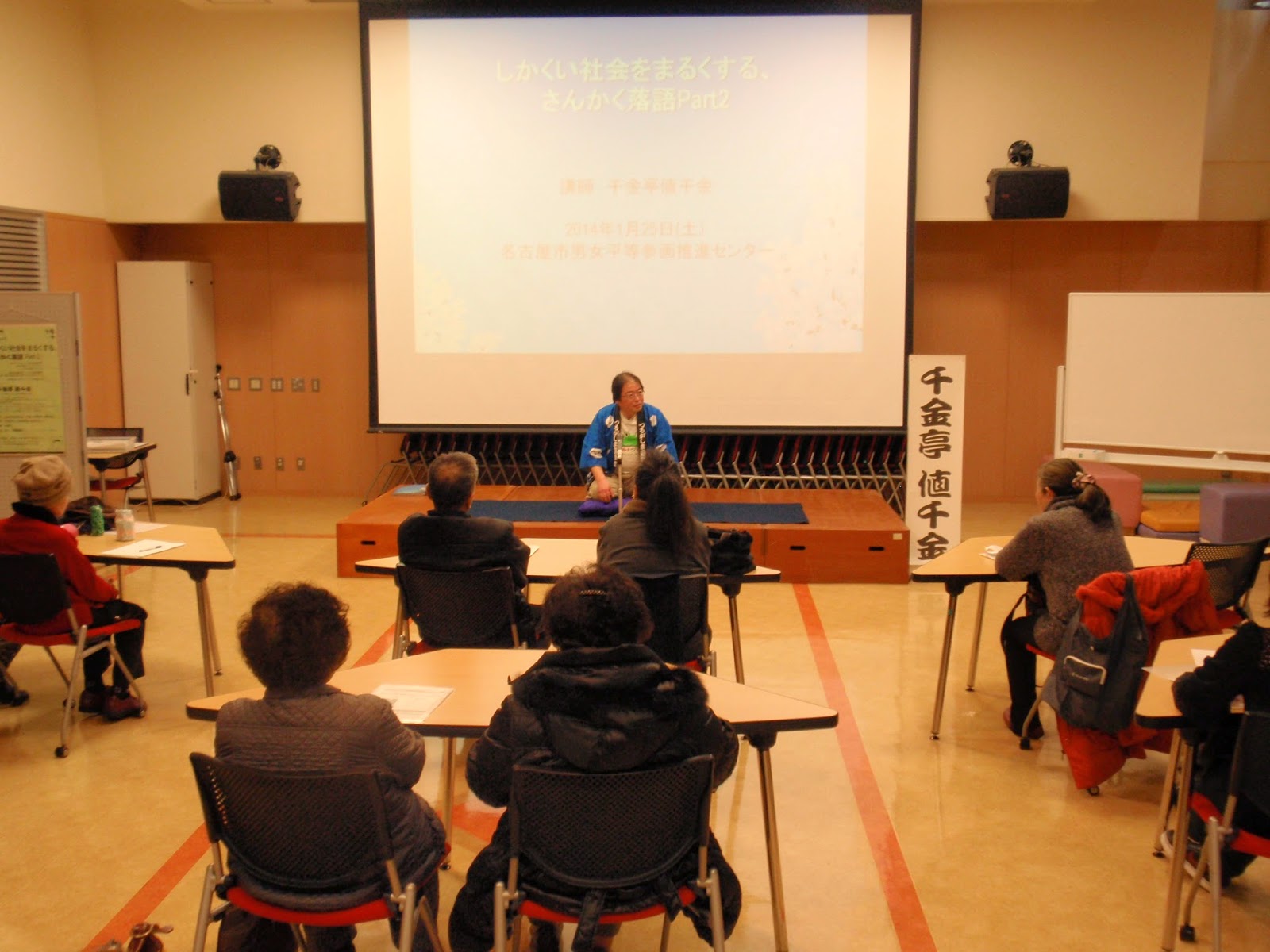 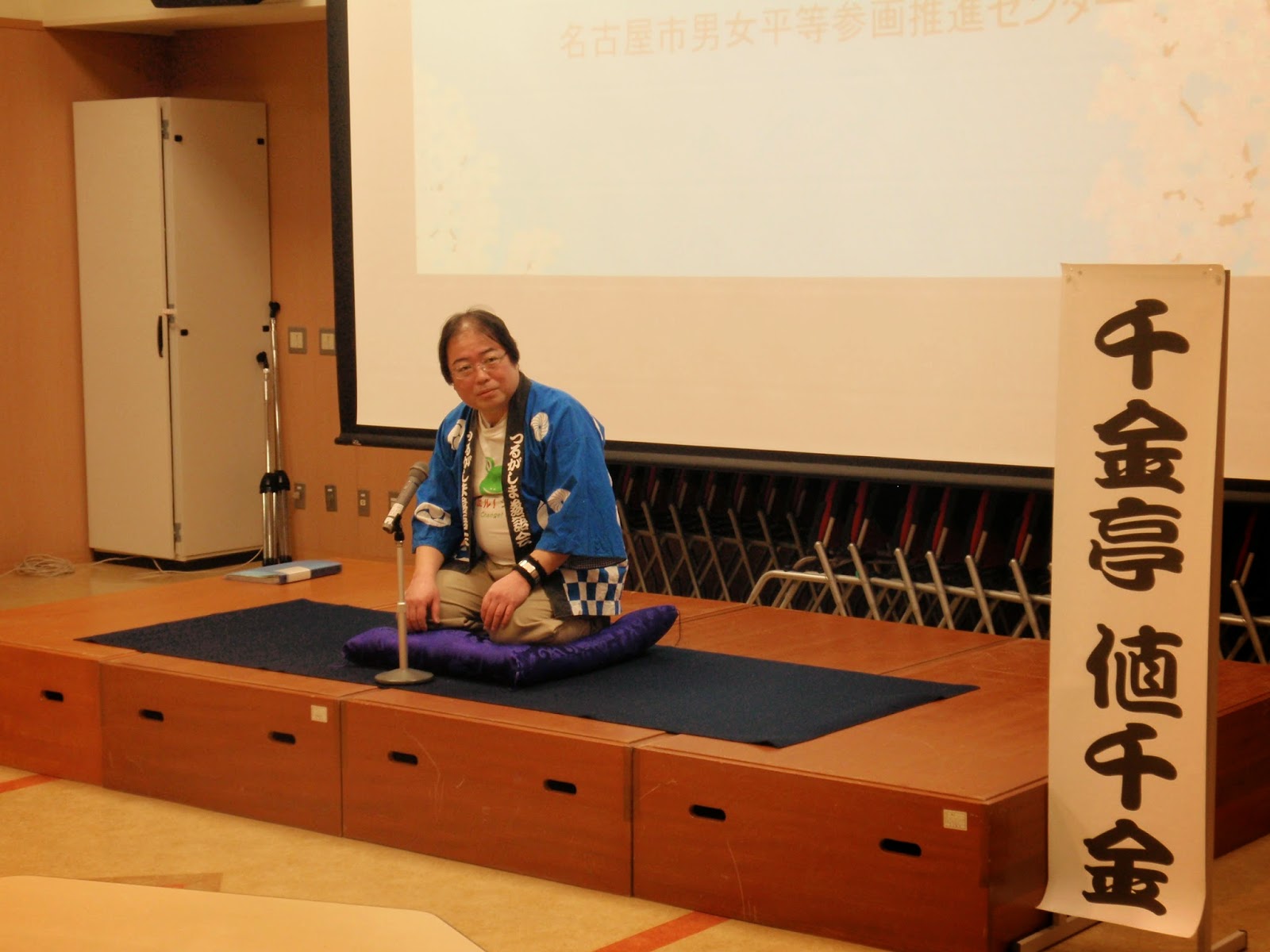 
Translated and adapted by M. Doioka from Japanese website: http://wan.or.jp/group/?p=3213
Posted by w-wan at 6:21 PM No comments:


Life Counseling on Every Issue for Senior Living Alone
Written by Keiko Higuchi
Published in January 2014 by Shufunotomo
http://wan.or.jp/book/?p=7688 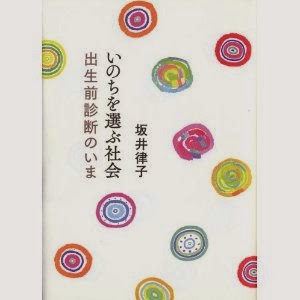 
A Play Entitled “A Community Story: Caregiver and Caregiving” 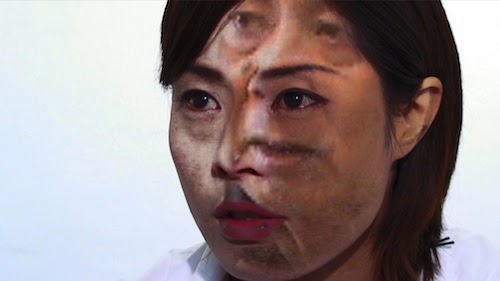 Cinema
Review of Chieko Yamagami's Documentary, Against the Wind: Herstory of a Female Doctor’s Life in a Village
Reviewed by Natsuko Nakamura
http://wan.or.jp/reading/?p=13441

The Inappropriate Cancellation of a Lecture by the Mayor of Yamanashi
http://wan.or.jp/ueno/?p=3857

Would the Abe Administration Like to Utilize Women? ---Chizuko’s Blog No. 62

A reporter from the political desk in the Asahi Shinbun interviewed me about “the utilization of women” by the Abe administration. Maybe it was my first interview with a political desk.

Most of the comments in the articles on “the utilization of women” are made by female managers or entrepreneurs. This issue influences these women directly.

I just wondered why they don’t ask female part-time workers and temporary workers. So I asked the reporter, and he said, “Now that you mention it, it makes me wonder too.”

He told me that the business news desk dealt with it because it was a labor issue. The newspaper company seems vertically divided like the administrative functions.


I heard that the government is monitoring the mass media, but they didn’t complain about my comment. I guess that’s because the comment reflects nothing but the reality.

Prime Minister Abe intends to “utilize women” in the workforce. But he aims to take advantage of them conveniently and actually shows no respect for women’s rights. With the overall workforce running short because of the declining birthrate, women are the last resource the government can use. Abe’s method of “utilizing women” is to force women who are capable of doing so to work as hard as a man, while those who are family-oriented are employed as temporary workers and then thrown away like disposable items.

The Committee on the Elimination of Discrimination against Women in the UN has long been recommending the Japanese government to let couples have separate surnames and to eliminate the discrimination against illegitimate children. However, the LDP has neglected this. In particular, the Abe administration is one of the most rightist governments that Japan has ever had. It asserts firmly that “a family is the foundation of the nation.” They railroaded the Act on the Protection of Specially Designated Secrets. This fact seems to show that the LDP is getting even less and less liberal.

Abe advocates the amendment of the Public Office Election Act to raise the proportion of female lawmakers in the Diet, but it can only be achieved if more women run  office. Why can he tell companies to name more women to be executives when he is reluctant to make such little effort himself?